Stand-up comedy can be brutal. Everyone has a different sense of humour and feedback is immediate. We spoke to Netflix comedian Jak Knight in between his recent shows in London about how feedback has propelled his career. 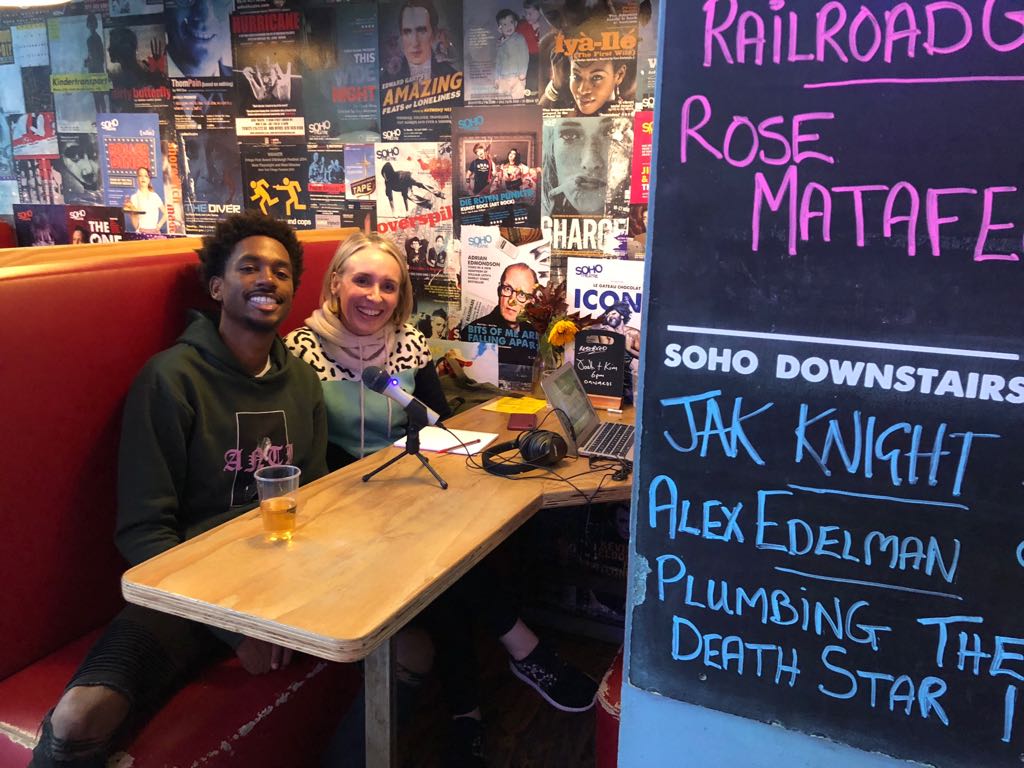 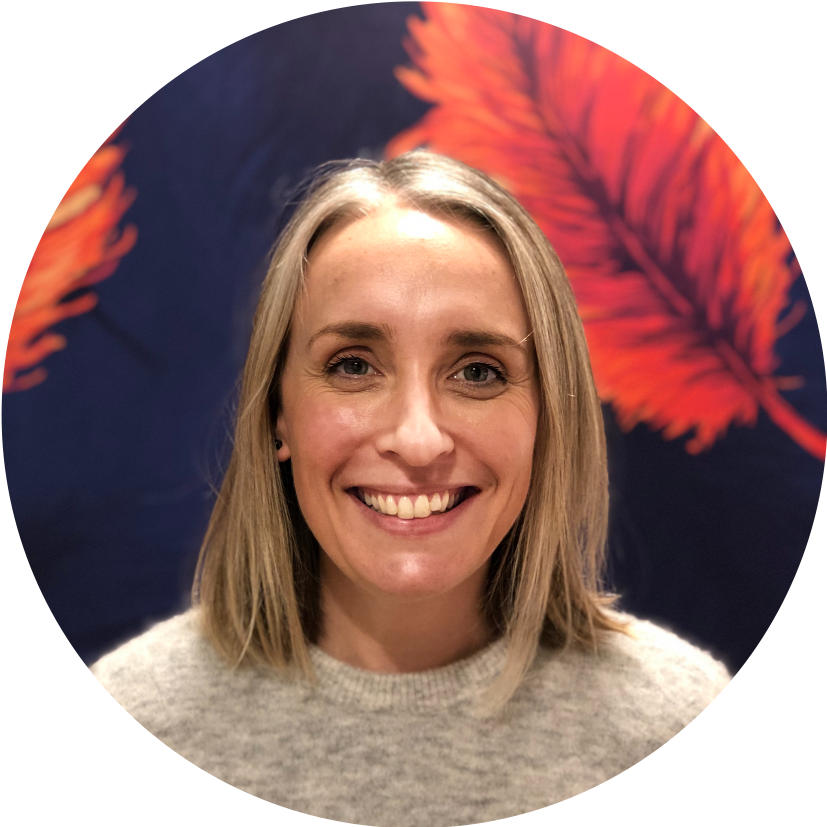 As far as feedback is concerned, stand-up comedy can be brutal. Everyone has an opinion, and everyone has a slightly different sense of humour.  What may be funny for the comedian may not be funny for you.

Like with anything, those who do it best are the ones who make it look easy. They have broad appeal. Thousands of people go to their live shows, and millions watch on TV. Think Jerry Seinfeld, Sir Billy Connolly, Michael McIntyre, or our interviewee Jak Knight’s hero Dave Chappelle.

There’s a reason most of us haven’t dared venture up onto the stage with an open mic, in the spotlight, on our own, with nowhere to hide. It’s well-known that many people fear public speaking more than death, and that’s before you add in the need to make people laugh.

According to Psychology Today, our fear of public performance stems from the earliest days of our evolution, when humans survived more powerful predators by collaborating in groups. When you stand up to speak or perform in front of others, you risk being negatively judged and then ostracised. Back in our caveman days, that would mean being tossed out of the tribe and left to fend for yourself. Then likely death.

We spoke to one of the brave ones, LA-based comedian Jak Knight, during his recent run of shows at the Soho Theatre in London, about how he got into comedy, his vision for his career, and how he’s using feedback to get there.

Already a rising star on Netflix, writing and voice acting for animated comedy series Big Mouth and with a solid stand-up career including a Comedy Line Up special to his name, Jak is now on a US tour.

After meeting him, we’re in no doubt he’ll be listed amongst the greats in years to come. Read on, then watch this space…

Kim: How did you get into comedy?

And also, my friends were all very talented people in high school. My best friend Jeff was valedictorian, my other friend Jimmy was gonna go D1 [college division one] in basketball, my other friend was gonna go play college football. And I was just like... funny. I had no redeeming qualities whatsoever.

During the last week of school I was just being a cocky dick saying how funny I was, and my friend Maria and my friend Darius tricked me into signing up for an open mic. I bombed so hard, and I was like, well that’s the worst this can be, and then moved down to LA, right that summer.‍

Kim: So do you think that being around other people who were really talented at something influenced that decision

Jak: I wouldn’t say influenced. I was just scared of being a loser. My Mom is a Principal and has a bunch of Master’s degrees and I just didn’t want to be lame. So I was like, okay let me figure out how to go and tell jokes. I just really wanted to write for TV, to be honest. And now I'm doing both. I love both. Yeah.

"At the end of the day, what you think is funny the world might not think is funny.  So you're going to have to check your ego."‍

‍Kim: So how long have you been doing this for now?

Kim: And what’s the hardest part of your job?

I don't like "funny for my group" funny. I don't think that's funny. Like if you’re an Asian comedian and you only do Asian rooms, you're just being funny to your friends. You could have done that at the house.

But if you like going to all the rooms, from the black rooms to the white rooms to the alt rooms...if you're just moving around. I think that's the talented people.‍

Jak: So right now we’re at the Soho Theatre, and this is more of a high-end, posh environment compared to the Top Secret around the corner, which is a comedy club with more of a working class bunch of people. You have to be able to bounce through all those types of rooms and be funny.‍

Kim: As a comedian up on stage, you get instant feedback. It seems pretty rare, compared to real life, that you get such an immediate response about what people do and don’t like about your work. Along your journey who, apart from your audience, has helped you get better by giving you that feedback?

Jak: My friends. I have a very talented bunch of friends and came up with some very funny people like Sam Jay, Chris Redd, Jake Weisman, Jamar Neighbours. There’s a dude here who kinda runs around London called Russell Hicks, who used to support me at open mics. So there’s always people who looked out for me. I was like everyone’s little brother so they tried to make sure I was good.‍

"I'm really, really good after I fail.  I know that when I rebuild, that's when I most excited about life."‍

Jak: If I'm being corny or if I'm doing something that isn't really who I am they'll call me out on it. But a lot of comedians want the answer. And that's not how this works. You have to find the answer because you're the artist.

Like if I was to watch any of these comedian’s one man show, or their hour, or whatever and be like, “What if you just change this 15 minute chunk and do this instead?” But then you didn’t do any of the art.

It’s like you’re Drake and you had Quentin Miller come in and write your bars for you. If that reference makes sense to anyone here?!‍

Kim: Can you give me an example of some feedback you’ve received that you’ve then had to go and figure out for yourself? Something that didn’t make sense to begin with?

Jak: Someone said to me once - an older comedian - he goes, “What are you talking about?” And I’m like, “I’m telling jokes!” And he’s like, “No, but what are you talking about?” And then he just walked away into the abyss. I’ve never seen him since. But now I always think, every time I tell a joke, there’s got to be something in here that means something to me. Every joke I try and tell it’s not just for joke’s sake. It’s something correlated with my life, or at least my opinion, or society at large.‍

Kim: Is that personal meaning something you hope that other people will realise or is it more for your own satisfaction?

"In terms of advice, I only give advice when they ask for it."

‍Kim: Now that you’ve been in comedy for six years, you’re doing really well, do you have people you mentor and give feedback to?

Jak: No! I hate all younger comedians! They should all quit! [Laughing]. No, I just do the same as people who looked out for me. I give them spots [recommend them to people]. But in terms of advice, I only give them advice when they ask for it.

But in the UK, you guys don’t do that! My show yesterday was great, the day before was fine, the day before that was terrible. And on the terrible first day, every single person came up to me with at least 30 minutes of advice. And it’s like, the Soho Theatre knows I’m good. They’re not going to put some maniac up there. I just didn’t know how to talk to y’all.

Kim: You’re right, the British sense of humour is really different to the US. How do you handle that?

Jak: Slow down. If any American comedian is reading this, slow down. Don’t be so referential. Talk to them. They want a show.

I’m basically getting to learn a whole new culture, while talking to them at the same time, and trying to entertain them. So you gotta like, swallow your ego a bit, and be like, okay...

It's like boxing. Sometimes you go there and you just throw haymakers, and sometimes go ride the rope and figure out how to punch it, and go for the belly until you can get a good, clean headshot.

I’m headed back to the US and I’m going to take a good month of writing some new shit, and I’m going on tour in America with this comedian called Zack Fox.‍

Kim: What are you going to take back with you from your experience here that will change the game for you when you get home?

Jak: There’s a lot more heart in comedy out here, so I’ll take some of that heart and bring it back. I don’t know. I learned so much! I met so many new comedians.

The transitions out here are so clean. Like the way people construct their sets and make a through-line of a story is very interesting so now, when I’m ready to tape something, I want to have something like that, with a genuine through-line and a point building to a bigger idea.‍

"I just want, when it’s all said and done, that my fingerprint is left on comedy."

Kim: So if that’s the next stage, what’s the dream?  The big, long term dream?

Jak: Make a classic show and then go get a house in the woods. Just make an always-sunny show, like a Boondocks, like a Chappelle show, or something that is a staple in the culture everywhere - not just in America but here in the UK, Australia or wherever.

I don’t need to be number one - that seems stressful. But I just want, when it’s all said and done, that my fingerprint is left on comedy.

Kim: What do you think it’s going to take you to get from where you are now, to the dream?

Jak: Failure. I’m really, really good after I fail. I’m not going to air out myself but I’ve just had life smack me in the face recently after winning for so long.  So I’m like, alright, I need to sort out my drinking, I need to do this, I need to do that and I know when I rebuild, that’s when I’m the most excited about life.

Life sucks if you’re always winning because then you’re never winning. So when you lose, you remember what winning felt like. And then you’re looking forward to more wins in your future, and that’s all you can do.

You gotta keep getting up, keep moving, keep shaking, keep writing. So to answer your question I guess, I have ideas. So I’m just gonna keep writing ‘em. Try and get ‘em made. And then eventually something’s gonna work.

I’m good at this and I know what I need to do, so eventually something’s gonna stick and then, we running. Yeah.

Kim: Your self-belief, awareness of failure and willingness to go through it are really inspiring.

Jak: Well, you put your foot in your mouth enough times, you’re gonna realise you don’t like the taste of shoes.

Kim: That sounds like the perfect place to end it. Jak, thank you so much.